This week, our CTO and co-founder Brough Turner was on The Digital Life podcast to discuss the digital divide, net neutrality, and the importance of fast and affordable Internet.

Brough has been passionate about those topics for a long time and it led to the creation of netBlazr – here’s a sneak peek into the interview:

Yes, so I’ve been pissed about this subject since at least 2002 or 2001, ever since the early 2000s. In the late 2000s I was speaking and writing on this subject, and I did some comparisons of the cost of a hundred-megabits symmetric internet service in these major cities around the world, the fifth of which was New York City where it wasn’t available. You looked and it turned out that if there was fiber infrastructure anywhere that was open at layer zero, with dark fiber, you get vibrant competition. As the open access got higher up, you got less and less competition and higher prices, and you reached New York where the open access was at layer three, above IP, where there wasn’t such a service at all in 2008. So when I was effectively at loose ends, that is the company I’d founded in the 90s was split up and sold off in pieces in 2008, and I was doing some consulting in 2009 and trying to figure out what I was going to do, part of my background was also in RF. I’d done a whole bunch with 3G wireless in the early 2000s, so I got to thinking about could I go wireless and run around the monopolists, and the answer is in rural areas there were tons of people already doing it. A couple of thousand at that point, and probably three or four thousand now.

Want to know more? You can listen to the full episode of The Digital Life podcast or read the full transcript here.

You can also read more of Brough’s and the netBlazr team’s thoughts on net neutrality here on our blog.

Thank you to The Digital Life podcast for inviting netBlazr’s Brough Turner to the podcast to talk about an issue that is so deeply important to our company’s purpose! 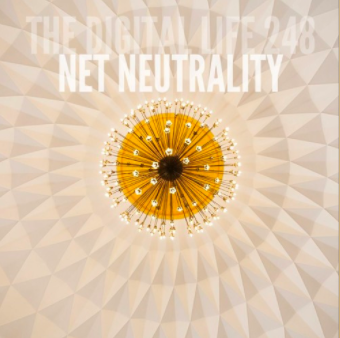